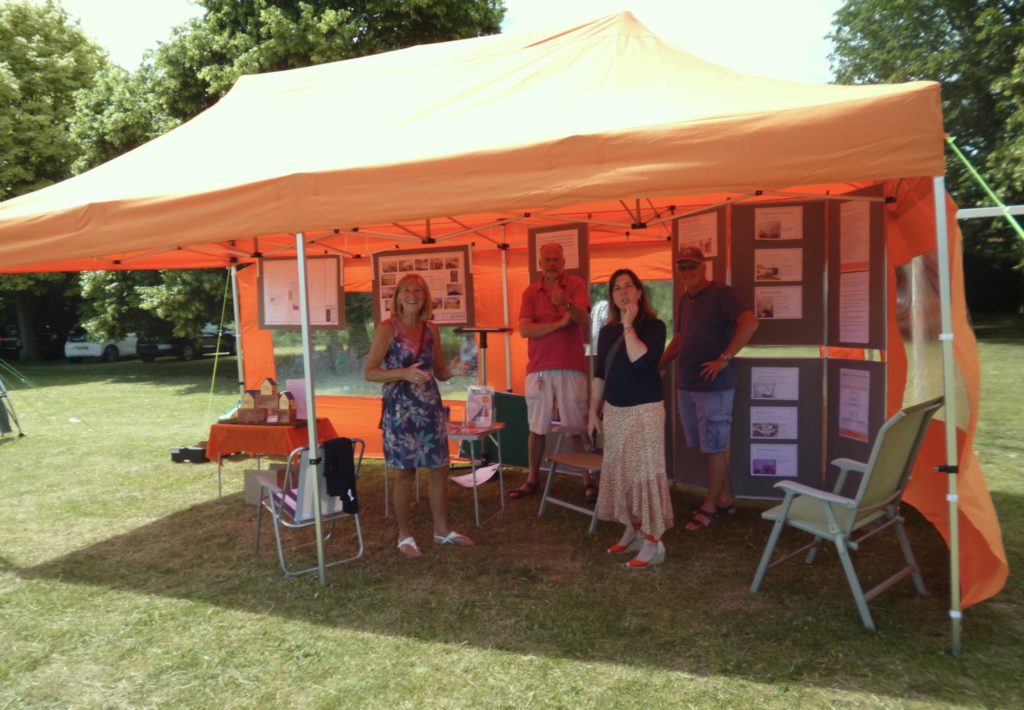 We always seem to time a new step forward in our New Build Development Project at around Larks in the Park time.  And 2019 was no exception; there was a lot to talk about beneath the orange awning of the New Build marquee.

We have made a decision on the type of construction, which will take advantage of new building technology to shorten the construction period on the site.  We have already begun early discussions with companies to further understand our part as a client in specifying the nature of the building we would require.

During the past year we have used the views and ideas of Fleetville residents to create our Spec for Spaces proposals – the range of spaces and the design and furnishing specifications which we would attempt to accommodate.

This is leading to a clearer idea of the eventual cost of the project and therefore the launch of its next stage – The Funding Programme.

At Larks in the parks 2019, the Chair of Trustees, Trevor Parsons, engages with visitors to the orange marquee. The display  shows the probable layout for the new centre and the possible spaces within it.